I’ve been feeling a tad speckled as of late. My rash is back in full force, which is probably a good thing actually. Apparently the rash is a sign that the chemotherapy is working which means longer life.

I made it through last week’s chemotherapy session fairly well. I decided to try doing a partial fast the day before, during and after my chemo treatment which is supposed to help make the cancer cells more vulnerable to attack. Eating post-chemo has always been challenging anyway, and since my weight has been adequate and stable, it made sense to attempt this. I hope it helps.

I was mostly just tired, sleeping as much as I could, anxiously awaiting Monday when I knew I would feel better. Unlike most people, I don’t look forward to the weekend as every other one will be the start of a chemo treatment.

I was nausea-free until just after the nurse disconnected my “bottle” on Sunday. Then I dry heaved a couple times. Immediately afterwards I suddenly had an appetite and ate a spicy chicken wrap my dear wife assembled for me.

I have been craving spicy foods a lot lately. I normally love anything spicy, but Monday and Tuesday post-chemo anything spicy tasted extra wonderful. This was a little odd as usually chemo makes everything taste less appetizing.

I’m already prepping myself spiritually, mentally and physically for my next chemo session which is this Friday, March 6.

I’ll be sure to post again if anything remotely noteworthy occurs.

Thank you everyone for your prayers.

Please continue to pray that the chemo works again to rid my body of this cancer.

Chemotherapy is done, at least for now. I was feeling great until I developed an ingrown toenail that is causing me a bit of pain and preventing me from walking. I’m actually writing part of this post from a bed in the ER as I wait for a doctor to fix my infected toe. Otherwise I feel great, although I don’t exactly look great. My rash has come back fairly severely and the doctor does not want to give me any more antibiotics. I still have some of the prescribed cream that I am using, which is helping. They are hoping the rash just goes away on its own since I am done chemo, but it is a little annoying (and a little fun to pick at the scabs). 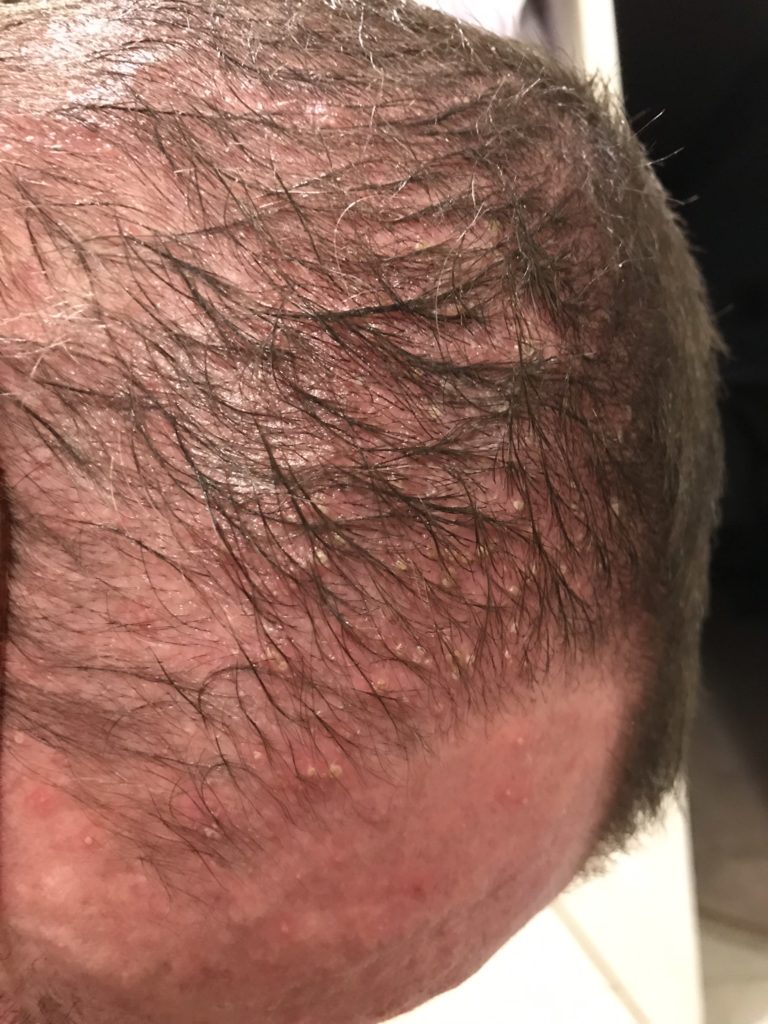 I keep forgetting to mention another fun side effect of the chemo. My eyelashes are freakishly long.

I have a CT scan scheduled for September 3. If the doctors like what they see, the next step may be surgery. I have a follow-up appointment booked on September 11 to discuss the results with my oncologist. Please pray that the scan will prove that the chemo has been effective and that God will give us strength for the next part of this journey.

Thank you for your prayers! I made it through yet another chemotherapy relatively unscathed. As usual day 3 was the worst. I felt a little nauseous and generally lousy. My rash flared up a bit but the medication is keeping it from getting too bad. My throat needed a little bit of my special mouth wash today but it’s really not a big deal just a little uncomfortable. My weight has been mostly stable, hovering just under the 150 mark. My day 3 lack of eating did not have as much of an effect on my weight as last time. I had a little bit of diarrhea on day 5 but I attribute that to late night fried chicken. I am still receiving daily injections from my dear wife which is lots of fun.

Next chemo is Friday, May 3. Please continue to pray for us.

Give thanks to the Lord, for he is good,
for his steadfast love endures forever

I am so very thankful to have such a loving and caring wife. She somehow manages to look after me and the kids which she does so well without complaining.

My rash has spread to my tongue making eating solid foods incredibly painful. But Leanne is constantly bringing me mugs of broth, filling my water, making me a smoothie at the same time she is wrangling our three kids. She is incredible. I am so thankful to God that Leanne is my wife.

My rash does appear to be getting better. It seemed to peak in severity this past Monday.

I had a few more cases of painful diarrhea this week. I’m not sure if the Imodium actually does anything.

My weight has been decreasing over the past few weeks. It’s been really difficult to maintain it, although surprisingly my weight held fairly steady during my broth diet. Now here’s an impressive number: If you compare my weight in 2009, the year Leanne and I got married, with my current weight almost ten years later, I am almost 70 lbs. lighter. A less impressive number would be to say that I am down about 12 lbs. this month.

My appetite has not been too bad but unfortunately I am limited to liquids and soft foods. I am slowly eating more solid foods but it is unlikely that my tongue will have time to heal fully before the onset of the next rash.

On a positive note, I managed to get a decent amount of work done this week.

Tomorrow I start my two-week chemotherapy cycle again. I wouldn’t mind an extra week or two for recovery between cycles, but I know God will give me the strength I need to do it again. Only 5 more cycles to go.

On Feb. 22, I had my first chemotherapy treatment. I was sent to a room full of people at least twice my age and was told to sit in a hospital-style recliner. The nurse came over and began explaining how everything would work and how to deal with the many possible side effects of the drugs. Eventually she removed the bandages that were still covering my port and then plugged me into my infusion pump. It literally felt like she was plugging a cable into my chest. A cable with a big spike on the end. It was not pain-free.

Once all the cabling was attached, she finally left to get the drugs. When she came back with the drugs she was wearing almost full hazmat gear–well, a gown, gloves, and huge face shield. A few thoughts went through my mind at that point. Thoughts like: If this stuff is so dangerous then should you really be injecting it into my chest a few inches from my heart? And where is my protective gear? If a spill were to happen I’m pretty sure more people besides the nurse would be in range.

About three hours later the first part of chemotherapy was finished. The final drug was attached to me via a device resembling a baby bottle which would slowly release the drug over the next 48 hours.

I did not sleep well that first night. Before the chemotherapy I was instructed to take some medication, one being a type of steroid. The nurse said it might make me feel “on edge.” Not sure what that means, but I didn’t feel “on edge,” just “a-wake.” I still felt well enough that morning to go to my first hyperthermia treatment. It was fairly relaxing. I felt cramps in my bowels every 15 minutes or so (unrelated to the treatment) and I did not like the amount of pressure that was needed for the probe to make good contact with my skin, but otherwise it was ok. Leanne stayed with me the whole two hours and read a book.

The nausea started. I dry-heaved a couple times early in the morning, but no vomit. I took my anti-nausea medication and spent the morning watching Star Trek (TNG) on the couch. The nausea medication wore off early afternoon just in time for some more dry-heaving. The home care nurse then came by to detach my baby bottle. I did not feel like doing anything other than sleeping, so that is what I did for the rest of the day and through the night.

A most significant event occurred this day: I actually had a shower. The port installation had prevented me from showering my entire body. Now with the dressings removed and no baby bottle to worry about getting wet, I thought I should make myself clean for my second hyperthermia treatment later that morning. The second treatment was a little more boring than the first and felt longer. I did catch up on Albert Mohler’s podcast. I spent most of the day on the couch watching Star Trek and then moved on to Stargate SG-1. I almost felt like I could be working but I was scared that the nausea would come back or something worse. I couldn’t sleep for some reason that night so I got up and had some left over Swiss Chalet at 4:30 in the morning and listened to the newest Adventures in Odyssey album.

A rash started on my face near my temple and spread to the rest of my face, neck, back and chest. It is a little itchy but it did not prevent me from working a good portion of the day. I felt fine until the evening when the diarrhea started. I was still feeling the effects from the radiation and that mixed with diarrhea made for a rather unpleasant and somewhat painful experience. I took the recommend Imodium and went to bed as soon as I could.

I slept in pretty late but worked all afternoon. My rash was still annoying but bearable. My mouth and tongue were beginning to feel like I had burned them by drinking something hot–not a big deal, but it made it a little uncomfortable to eat harder foods. I had been diarrhea free all day but then it hit me again around the same time as the previous day. This wiped me out for the rest of the night.

I managed to work basically all day. I felt a little tired but otherwise pretty good. I have been eating better. I eat VERY slowly for some reason but I am eating. My face feels a little sore but manageable. It doesn’t look like the previous nights’ pattern is continuing as I have had no diarrhea yet today.